Written by Ian. Photos by Ian and Chris B 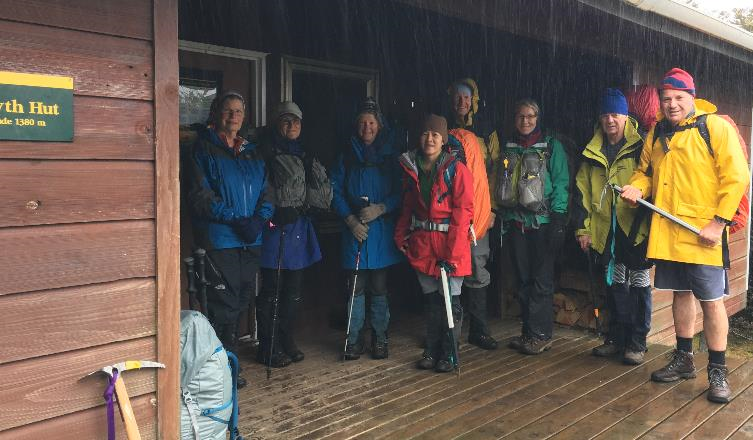 The forecast for the weekend trip was not exactly fantastic with good chances of rain predicted and not a surprise to anyone in the party when we did encounter a bit of drizzle in the afternoon along the way to Blyth Hut. It was unfortunate that Cathy O and Cate H-K were forced to withdraw from the trip late in the week as we missed them dearly. In spite of that we had great bunch of 9 very experienced trampers plus me, which was perfect for me as a pretty mature newbie to serious tramping. I had lots to learn and the team were very helpful with good advice and lots of encouragement along the way.

We set out along the historic route up Ruapehu established in the early 1900’S. This is initially through beautiful beech forest where we saw significant evidence of the split logs laid horizontally across the track (said to be known as caudaroy) to provide a much more durable surface and of great assistance to trampers like us trying to avoid the plentiful quantities of ground water along the way. We were impressed with the grandeur of the Waitonga Fall crashing down vertical rock faces and thankful for the extensive board walks that carried us across an extensive bog land area. We also completed 3 or 4 river crossings. Some succeeded in keeping dry feet much better than others, but that is not so important. We reached the Blyth Hut (sleeping up to 20) at about 4pm. The hut was fantastic although the obviously fabulous view was obscured by low cloud and light drizzle. We got the log fire going and settled in for some light refreshments and some nibbles that lead into dinner and a good number of stories were told. It needs to be mentioned also that in Kathy’s absence we took on the challenge of her skilfully researched brain teasing quiz on topics Tongariro National Park and related. Great fun. 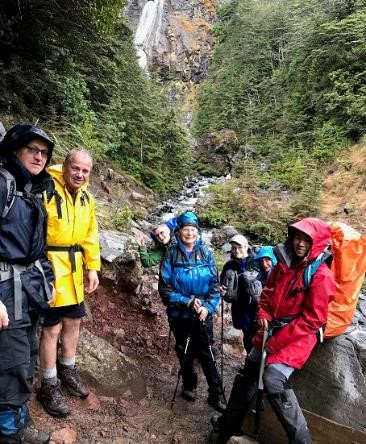 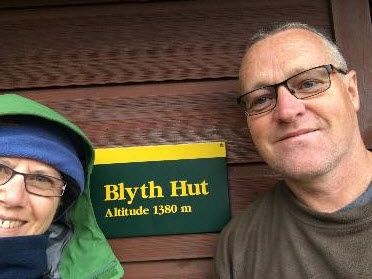 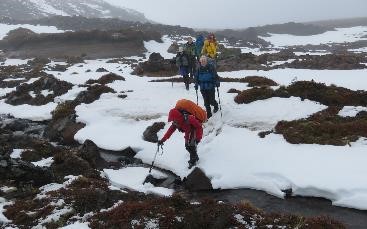 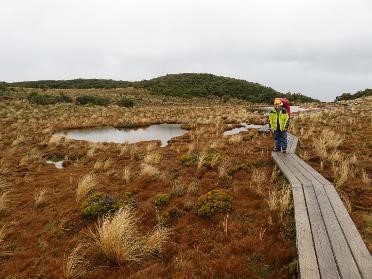 Next morning, we were up and away just after 8am along the track leading up to the ridge above the hut and over a couple of more ridges with the destination of the No.2 car park at the Turoa Ski Field. Crossing the snow drifts in the river valleys and on some hill sides was a new experience altogether for me and a pretty exciting challenge with my clumsy feet. The weather was pretty cool as might be expected, with some rain and even a few snow-flakes, but no real wind at all. We were back in Ohakune by midday for a nice warm lunch in a bar and then back in town by 5pm. The trip left me with a great sense of achievement and a keen interest to take on the next challenge. Thank you to the organisers Kathy, Alan, Michiel and Anna and to all of the other fellow trampers on the Blyth Hut tramp for you great company.